Injunction takes effect Jan. 11; Microsoft to strip some XML technology from Word 2007, Office 2007 by then

Computerworld – A federal appeals court today ordered Microsoft to stop selling its popular Word software in less than three weeks, rejecting the company’s appeal and confirming the ruling of a lower court.

The decision by the Court of Appeals for the Federal Circuit follows a late-September hearing before a panel of three judges, during which Microsoft argued that a jury verdict earlier this year should be overturned or a retrial should be ordered. It also asked that an injunction ordered by U.S. District Court Judge Leonard Davis be struck.

The case has attracted interest primarily because of that injunction, which originally was to bar Microsoft from selling Word as of Oct. 10, 2009. That injunction, however, was suspended after Microsoft threatened that sales chaos would result, and several major computer makers, including Hewlett-Packard and Dell, stepped forward to say the same.

According to Microsoft, it would take five months to modify Word, and the company wouldn’t be able to sell Word 2007, and the Office 2007 suite that includes the word processor, during that time.

The appeals court agreed with Microsoft on the five-month delay. « We conclude that the district court erred by ordering Microsoft to comply with the injunction within sixty days, » the Court of Appeals’ order read. Instead, said the judges, the only evidence entered into the record was Microsoft’s five-month timetable, which the Jan. 11, 2010, deadline allows.

Canadian developer i4i first sued Microsoft in 2007, accusing the U.S. company of illegally using its XML editing technology in the popular Word software line. In May, a Texas jury said Microsoft violated i4i’s patent, and ordered it to pay i4i nearly $300 million in damages. The judge issued his injunction on Aug. 11.

Today, Microsoft said it had been planning on this contingency. « With respect to Microsoft Word 2007 and Microsoft Office 2007, we have been preparing for this possibility since the District Court issued its injunction in August 2009 and have put the wheels in motion to remove this little-used feature from these products, » Kutz said. « Therefore, we expect to have copies of Microsoft Word 2007 and Office 2007, with this feature removed, available for U.S. sale and distribution by the injunction date. »

Microsoft is not obligated to modify already-purchased copies of Word via a software update, but only to strip the i4i technology from the programs it sells as of Jan. 11, 2010. Currently, the only versions that Microsoft sells to distributors are Word 2007 and Office 2007.

The upcoming Word 2010 and Office 2010 — which were released as previews a month ago — do not require any changes, Kutz added. « The beta versions of Microsoft Word 2010 and Microsoft Office 2010, which are available now for downloading, do not contain the technology covered by the injunction, » he said.

Microsoft is considering additional legal moves, said Kutz, including requesting a rehearing by the Court of Appeals, or asking the U.S. Supreme Court to hear the case.

The Court of Appeals today also reaffirmed the jury verdict in the case, and said that Microsoft was obligated to pay i4i nearly $300 million in damages and interest.

Representatives from i4i did not reply to a request for comment on today’s appeals court ruling.

Stays injunction that was to take effect Oct. 10 while appeal moves forward

Anonymous says: Just because you don’t like the decision doesn’t mean they’re « above the law ». The court will decide what legal and…

TiredTech says: Microsoft is just looking out for their shareholders by dragging this out as long as they can. The fix/patch has…

Computerworld – A federal appeals court late today granted Microsoft’s request to suspend an injunction that would have barred the company from selling its Word software next month.

In a short order filed near the end of the day, the Court of Appeals for the Federal District approved Microsoft’s earlier request for a stay of the injunction.

« Without prejudicing the ultimate determination of this case by the merits panel, the court determines based upon the motion papers submitted that Microsoft has met its burden to obtain a stay of the injunction, » the court said.

The injunction would have prevented Microsoft from selling Word 2003 and Word 2007 in their current forms after Oct 10, and was ordered by U.S. District Court Judge Leonard Davis on Aug. 11, after the company was found guilty in May by a Texas jury of infringing a patent held by Canadian software developer i4i. Davis also awarded i4i more than $290 million in damages and interest.

On Aug. 18, Microsoft filed a motion to stay the injunction while it took the case to appeal. In that motion, Microsoft warned of « massive disruptions » to its sales, as well as those of important OEM partners such as Dell and Hewlett-Packard, if the injunction was not put on hold.

Microsoft also said that the injunction, and the resulting need to retool Word to remove the infringing « custom » XML feature, could keep Word 2003 and Word 2007 — and the suites that they are part of, Office 2003 and Office 2007 — off the market for months.

Several days later, Microsoft was granted a fast-track appeals process, which requires i4i to file a response to Microsoft’s appeal by next Tuesday, Sept. 8. Microsoft’s rebuttal must reach the court by noon on Sept. 14.

Both Dell and HP have filed amicus curiae, or « friend of the court, » briefs, arguing that Word’s revision, and the resulting changes necessary on their part to re-image new PCs, would « require extensive time- and resource-consuming retesting. »

Dell and HP also asked that, assuming a stay was not granted, that the injunction be postponed by 120 days.

« We are happy with the result and look forward to presenting our arguments on the main issues on September 23, » said Microsoft spokesman Kevin Kutz in an e-mail today.

Kutz’s reference was to the oral hearing before the Court of Appeals, during which both sides will present their cases. The three-judge panel will render its verdict at some point after the Sept. 23 hearing.

i4i also said it believed it would persevere in the end. After accusing Microsoft of using « scare tactics » in its plea for a stay, Loudon Owen, i4i’s chairman said, « i4i is confident that the Final Judgment in favor of i4i, which included a finding of willful patent infringement by Microsoft and an injunction against Microsoft Word, was the correct decision and that i4i will prevail on the appeal. » 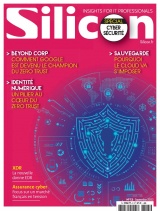