Effisoft's worldwide revenues reached €13.6 million ($14.6 million) in 2016, up 6 percent from 2015, as demand for Effisoft's reinsurance, risk management and Solvency II software and services continued to grow.

Effisoft's WebXL software
continued to be a highly sought-after solution for ceded and assumed reinsurance in Europe, Asia, Africa and North America.

U.S. sales of WebXL tripled in 2016, said Gregory Moliner, Effisoft USA's  chief executive officer. Effisoft USA, the American subsidiary, moved to Miami and named Moliner CEO in 2016.  "These great results were achieved thanks to a proven product that satisfies the requirements of the U.S market," he said.

Effisoft's Webrisk software
is a leading RMIS internationally. In 2016, the number of Webrisk RMIS users increased by 12 percent in Europe. Extensive development was completed in 2016, enhancing and enabling new Webrisk functionalities such as country-by-country reporting (
CbCR
), business intelligence, and a new interface to address the challenges of digitization.  The new version of Webrisk was unveiled during the Rencontres AMRAE 2017 in Deauville, France, in February.

Solvaset
, the solution that orchestrates everything insurers need to do to comply with the three pillars of the European Union's Solvency II Directive, continued to attract strong interest. In 2016, more than 130 sets of mandatory Solvency II reports were delivered on time to the French Insurance Authority (ACPR). In 2017, Solvaset has been selected by a dozen key players to generate of national-specific templates (
Solvency 2 NST
).

"We are proud of the results obtained by all of our teams," said Effisoft CEO Julien Victor.

"Our growth lets us both acquire new skills and recruit highly qualified and experienced people. The contribution of our skilled team members enables us to handle complex projects in about fifteen different countries and with stringent regulatory requirements."

To maintain the highest standards of quality and to reach the ambitious growth objectives defined by the company's managing directors, Effisoft will continue to onboard more talent in the coming year, Victor added. 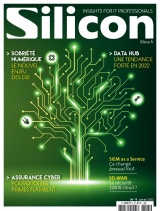