"Gfi Informatique posted an outstanding performance in 2016, with its highest organic growth in France and abroad since 2009. Moreover, the acquisitions of Roff and Efron in the fourth quarter have enabled the Group, as we had announced, to rebalance its international activities, with international business now accounting for nearly a quarter of total revenue, and enable us to serve our customers whether in Europe, Latin America, Eastern Europe or Africa"
said
Vincent Rouaix, Chairman & CEO of Gfi Informatique
.

Overall sales momentum in France increased, accounting for around 75% of the Group's pro forma sales

Although growth continued in the fourth quarter, it slowed slightly due to calendar differences (1 day less) and seasonal trends that were slightly different from those of the previous year.

The year's sales successes were reflected in the quality of the business indicators. At 31 December 2016, the order book was up by 7.5%, the weighted pipeline by 10% and the year-on-year book-to-bill ratio stood at 1.12.

At 31 December 2016, the main indicators remained high in line with the previous year and in line with our expectations.

The number of productive staff stood at 8,429 people at 31 December 2016, corresponding to an increase of 464 people.

AT INTERNATIONAL LEVEL: POSITIONING CONFIRMED BY AN EXCELLENT FOURTH QUARTER

ACQUISITION OF EFRON WITH OPERATIONS IN SPAIN, NORTH AMERICA AND LATIN AMERICA

Efron is a reputed Spanish digital services firm with nearly 750 employees and revenue of €37 million. It generates more than €30 million of its revenue in the Spanish market. Its customers include major players in the banking, insurance and healthcare sectors. This acquisition greatly strengthens Gfi Informatique's position in Spain (+30%) and will reinforce its presence with key accounts such as Santander, BBVA, Telefonica, Mapfre and Quiron where it can expand its entire services and products offering. Efron is also firmly established in America (20% of revenue), serving its customers in North America, Mexico and Colombia. Efron has been included in the Group's consolidation scope since 1 October 2016. The increase in Gfi Informatique's critical mass in these markets is expected to contribute rapidly to improved profitability in the region.

ACQUISITION OF ROFF GROUP, CONSOLIDATED WITH EFFECT FROM 1 NOVEMBER 2016

With more than 800 employees, Roff ranks among the top European players in the SAP solutions integration and maintenance market. The group, whose prestigious customers include EDP, Givaudan and Solvay, expects to generate revenues of more than €60 million in 2016. Based in Portugal, Roff has exported its expertise and currently generates nearly half its revenues with foreign customers, mainly in Switzerland, France, Northern Europe, and Latin America. With close to 90% of its production resources located at its Portuguese facilities, the company's organisation allows it to propose a competitive offer in terms of both quality and price. The group has also developed specialist expertise around the Outsystems platform.

This acquisition gives Gfi Informatique a workforce of more than 1,000 employees worldwide dedicated to SAP technology, grouped under the Roff banner.

Gfi Informatique recorded organic growth in France for the sixth consecutive year despite the uncertain economic conditions. At the same time, the Group experienced unprecedented international expansion through acquisitions and strong momentum of local activities.

Gfi Informatique, which continues to invest heavily in France in exportable technologies, now has an international profile that enables it to serve its customers wherever they are, whether in Eastern Europe, the Iberian Peninsula or Latin America.

In these conditions, the Group's operating margin is expected to increase further in terms of value but to decline slightly as a percentage of revenue as the result of investments made in products, industrial process improvement and security and the postponement of some deals, particularly in telecommunications. These elements are not expected to have any significant impact on profitability. This temporary stage in our profitability growth does not affect our profitability improvement objective for 2017 and mid-term.

There are currently no other known events that could affect the Group's financial situation.


The items in this press release other than historical facts are estimates. They do not constitute guarantees because of the inherent difficulties in forecasting results. Actual results may differ considerably from explicit or implicit forecasts.

Gfi Informatique is a major player in value-added IT services and software in Europe, and through its differentiated approach occupies a strategic position between global firms and niche entities. With its multi-specialist profile, the Group serves its customers with a unique combination of proximity, sector organisation and industrial-quality solutions. The Group has around 14,000 employees and generated revenue of €1,015 million in 2016.

References to revenue changes in terms of organic growth imply that:

Including the sales of Roff and Efron from 1 January 2016 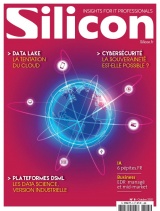